Disney’s sequel to its smash hit Frozen brings us plenty of fun, catchy music and new characters to fall in love with. Spoilers ahead.

We join Elsa and Anna in Arendelle in the autumn, where a mysterious voice calls to the queen. After following it for a while, it awakes the elemental spirits that forces the townspeople to flee to safety. Grand Pabbie urges Elsa to set things right by discovering the kingdom’s past. As they travel through enchanted forests and dark seas, their adventures leads them down a path of self-discovery and introduces us to some new characters to fall in love with.

Jennifer Lee and Chris Buck return to helm the second film in the series; and you can see the continuity and familiarity that connects them to Elsa, Anna, Sven, Olaf and Kristoff. They deliver on all points, from a great musical score (featuring the very talented, Panic! at the Disco) to beautiful sidekicks, like the fire elemental. All the trademarks that made the original such a success!

I have to say I throughly enjoyed it. It wasn’t what I expected and I’ll admit I was worried as I’ve been disappointed with previous Disney sequels (think Cinderella 3: A Twist in Time). This sequel, however, this was definitely a stroke of brilliance that differs from its predecessor.

The first one focused solely on the division between sisters; as well as the self-discovery that Elsa’s powers weren’t a curse and that different kinds of love can also save the day. Whereas this sequel opens up more on the relationship between Anna and Kristoff as well as continuing to follow Elsa’s journey of embracing herself.

I loved the balance of humour with that sense of adventure and discovery – Kristoff’s big musical number was genius and a welcomed injection of humour. Lee and Buck did something that I think a lot of sequels can miss, they added a sense of fun. Not everything was doom and gloom and racing to restore balance. This seemed more of a journey for each character, but one that was enjoyable to watch.

It did tackle some big themes too, and was quite subtle in the way they were woven. We saw that idea of identity being explored, why was Elsa the only one with powers? Where did they come from? That balance and love that comes from a relationship, as well as growing up (that Olaf explores). It was packaged brilliantly.

My only complaints were that there wasn’t a big villain for this film. We had Hans before, this time the closest is King Runeard and he’s a ghost from the past. Also, his motives weren’t entirely clear. Why did he want the dam to make Northuldra dependant on Arendelle? It just seemed a little lack lustre compared to other aspects of the film, as if this was a detail they forgot to finesse. It was as if they chose not to focus on it.

I was also a little disappointed that this film felt like it was playing safe. It touched on previous themes of identity as well as focusing on Elsa exploring her powers more. A part of me wonders that it seemed like an easy choice. Particularly after rumours had circled this sequel that suggested Elsa would have a same sex love interest. I wish Lee and Buck had explored new ground in this film, and ventured ‘into the unknown’.

By playing it safe, the ending seemed more final – implying no further adventures in Arendelle. If there were, where would they go? Northuldra and the enchanted forest are protected and the kingdom also restored. I think it would be hard to produce another adventure to face. That said, I still enjoyed this film and thought it was better than previous attempts at sequels for Disney.

I’ve had my adventure, I don’t need something new… 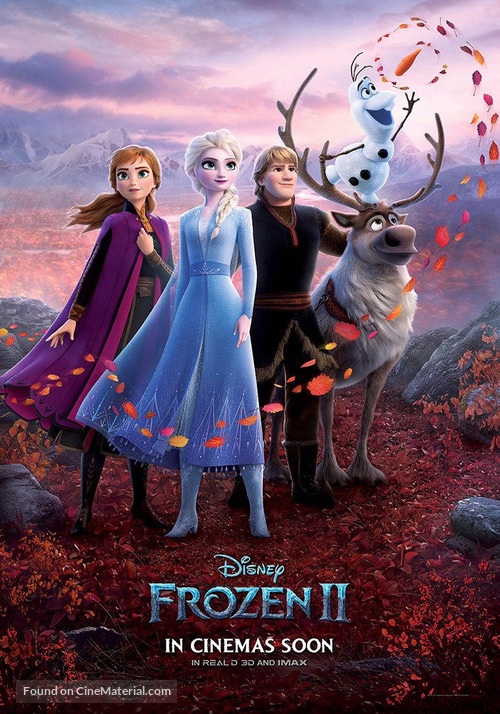