Psychological thriller, You, returns with a new host of characters and ghosts from the past alike. The question is are we now one step ahead of Joe? This review may contain spoilers.

The new series starts as it has previously, and how it intends to go on, with a new fantasy from Joe (Penn Badgley); or as he’s dubbed himself in this series, Will. He starts by trying to turn a new leaf, distant and hesitant, by moving to the one place he hates most, LA. As he tries to build his perfect life with new belle, Love (Victoria Pendretti), it starts to fall apart with an old flame returning for revenge. Joe/Will finds out the hard way that there is a way to be punished, yet still have what you’ve always wanted. Is it enough to satisfy him now?

It’s not hard to see how fascinating a concept Greg Berlanti’s thriller masterpiece is. I, like others, have been fascinated with crime genres and that desire to understand why a crime happens. With a show as intriguing as You, you are brought into that world in a deeper way. You’re introduced to Joe and listen to his thoughts, how he’s acting out love, but in a more twisted sense. It truly grips you and I remember being gobsmacked with the finale of the first season; and naturally I was eager to see if the second would deliver the same shivers and plot twists.

Now I’ve finished watching, I have to say I feel underwhelmed. I’ve gone from watching episode after episode, gripped to see what Joe will do next to second guessing him. Of course, we know Joe a little better in the second series. We’ve come to expect the obsession, irrational thinking and the desire to protect (think Paco (Luca Padovan), now comes Ellie (Jenna Ortega) and her sister Delilah (Carmela Zumbado)). Berlanti delivers on all of those qualities into an expertly crafted formula for the show.

Yet what drew me to You initially was that it treaded new ground. It allowed you close enough to understand why Joe killed, captured and caged people. He did it out of love and I remembered thinking that he had a certain Bundy quality to him; like the infamous, and charming persona, of Ted Bundy so too was Joe Goldberg. It was fascinated because it had this element of truth, this threat that this could happen and we don’t know because Joe’s charming persona covers it.

This mystery and intrigue isn’t in the second season. The characters are almost type cast to fit a standard formula. An example would be, Joe protecting his neighbours, Ellie and Delilah from Henderson; versus, Joe protecting Paco from his mother’s’ abusive boyfriend. From Love’s fragile feminine wiles to those of Beck’s (Elizabeth Lail). The only newest addition was Joe’s begrudging friendship with Forty (James Scully), which was amusing and beautifully dysfunctional in parts; it was also one to give you whiplash, did Joe like or hate him? At times it was unclear.

I can relate to Joe when it comes to this, as I found it hard to decide whether I loved the new set of characters or found them clunky in their mannerisms. They had moments where I truly enjoyed them, I liked that bromance brewing between Joe and Forty in Fear and Loathing in Beverley Hills. As the two embrace after a trip on LSD leads one to confess a secret past. It’s a brilliant scene and it’s brilliant in being reinforced later by having Forty refer to him as ‘family’. Yet why make that connection to tear it apart later? As he does a complete 180 and tries to destroy Joe.

My main problem with this season is that the characters act so out of character. They’re not what you expect, and it makes me wonder if that was what Berlanti wanted to achieve. Expect the unexpected. He does achieve it, yet I’d hasten to argue that it floundered. At times, I was pulled out of the story because I thought to myself, ‘Why would they say that?’ or ‘They wouldn’t do that!’. Forty is a film maker and has since spiralled with the fame, it happens, but I refuse to believe for a second he’s dumb. How can he go from this brilliant artist to someone who butchers Shakespeare? I don’t understand how characters can go from one idea to another so quickly.

I wonder if there had been more episodes or a longer build to the climax, whether we’d have treated to a slower progression for the characters. See Love’s infatuation with Joe, how it’s returned. Maybe find out more about the dynamic between Ellie and her sister; or how Forty went from rising star to being burnt out. I wish we’d have stayed with them longer than ten episodes as there’s so many ways Berlanti could have twisted it, rather than the jarring turns we had.

Had this season settled more, perhaps spread thinner with more episodes or spilt into more seasons, I think it could have been promising. We’d have seen a richer character development and also allowed for more unusual plot devices. As it currently stands, the twists that came in the final three episodes were simply predictable. For one, a rich family ‘owning’ a large chunk of the LAPD borders on cliché and to me, screams lazy writing. How and why do they own it is never properly explained.

Everything was tied up too neatly. Threats were eliminated, and murder investigations dead in the water because money made it go away. The ‘big bad’, the killer, wasn’t what we thought, but one we could have guessed easily; it wasn’t shocking and once I had an inkling about early on in the season. It’s frustrating as I feel I am one step ahead of Joe, rather than one step behind. I miss the unpredictability we had in the first season, one that sorely lacked in this one; you could guess there would be a third season after the not so subtle obsession Joe has over his neighbour.

That said, I am curious to see where the third season will go and how it will differ from this one. What I hope is that it offers that same element of mystery and intrigue as the first, not the predictability and banality that plagued this one. 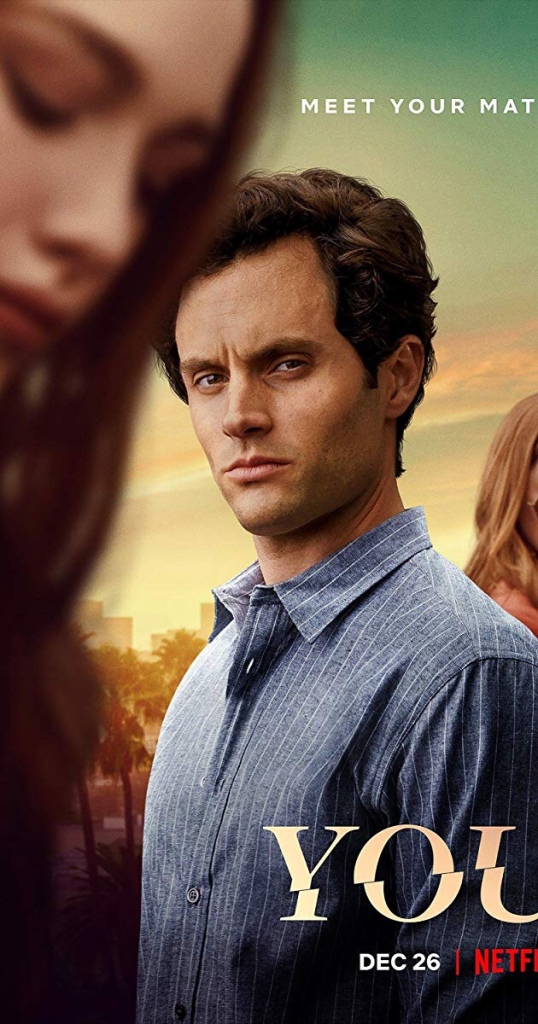